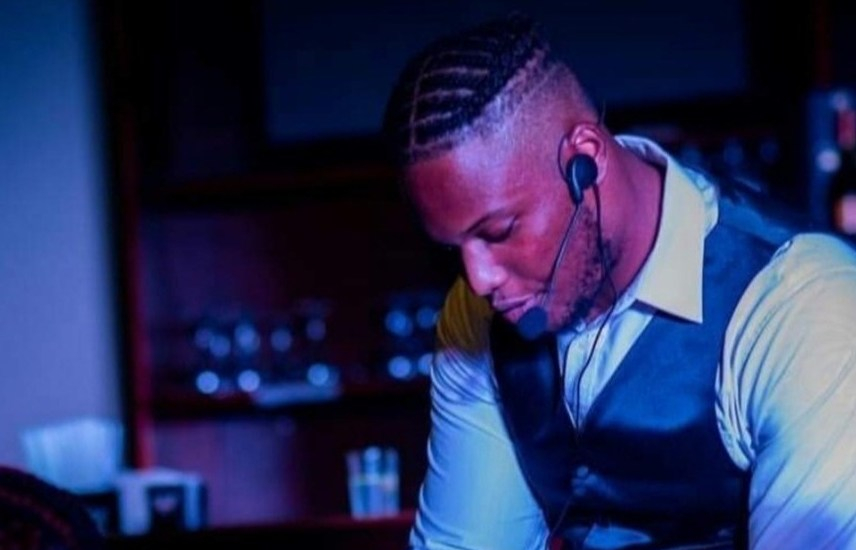 Our CARIUNITY team will touch down in Trinidad & Tobago in exactly two weeks. In researching local business owners, influencers, and everyday people who are making a difference, we came across Jaster the Reactionist. He took the time to share his journey into performing arts along with struggles he has faced and successes that have given him the confidence to continue his work.

As we did a deep dive into his projects, we learned how he brings magic into the lives of others on and off the stage. Do you believe in magic? Whether you do or not, his story will inspire you to not feel obligated to fit in one box, to use every trick in your hat (yes, we went there) and to keep doing what you’re passionate about.

CARIUNITY: Your work is listed as entertainment that includes magic, illusion, and stand up comedy. You also recently competed in the First Citizens National Poetry Slam in Trinidad and Tobago. Can you walk us through your journey into performing arts?

Jaster the Reactionist: The first time I saw magic was on television. I was so amazed and interested that I decided to try it out. I paid attention to the people and the first trick I ever learned was a rubber band trick from that same show. After I performed it to my family and friends, I knew magic was meant for me. Magic was never difficult at that point because I naturally had a knack for it. It was meant to be.

My first experience with spoken word poetry was at my school’s graduation ceremony for the form 5’s. I was wildly entertained and wrote my first spoken word piece days after. (Never Performed It) Three years later I was introduced to Poetry Slam which surprisingly I never noticed even existed and I entered the competition. On my first try, I qualified as one of the first Wildcards in history. I eventually made it into the semi finals, ranking very high in the competition.

I’ve learned new and advanced magic tricks over time. Some I have developed and some I’ve seen. This has always inspired my creativity in the field. I’ve grown from just showing my friends magic tricks to performing for primary schools, birthday parties, my secondary school, on live television, and at adult private events. I’ve grown to love what I do and appreciate the art form.

CARIUNITY: Have you always felt comfortable in front of a public audience? Are there any secret rituals that boost your confidence before shows?

Jaster the Reactionist: Offstage, I have always been confident and able to do magic without any nervousness or anxiety because that is where I started. On stage is where the butterflies in the stomach start to move. I believe that stage fright developed in me from a lack of stage presence to the point where going on the stage did not feel comfortable. My primary school did not have acting or drama to engage us as children to the stage. Stage fright did not stop me from what I love so I eventually faced my fear. Performance after performance has helped build my confidence.

My first spoken word performance in national poetry slam had me really nervous before I performed but it was different. The nervousness was more in the form of an adrenaline which actually felt good. That feeling motivated me to perform without anxiety. My confidence boost is based on how I feel before a show.

CARIUNITY: What are some of the challenges you face as a performer?

Jaster the Reactionist: As a magician in this country, most Trinidadians do not see magic as a purchased source of entertainment for the corporate environment. Most of us believe that magic is just for kids and possibly teenagers for events like birthday parties. Magic is an art that can be used as entertainment for almost any company’s event or function. As everyone else in the entertainment industry, capital always has a role in the quality of content we want to distribute. For musicians it may be proper music equipment or for DJs it may be the audio equipment but for magicians, it would be props and getting material to do what we want to do. Sometimes to perform our best magic tricks it is very costly or difficult to get the material we need so this poses a challenge.

CARIUNITY: Who is someone that inspires you? What have you learned from them?

Jaster the Reactionist: Dynamo and David Blaine are two magicians that inspire me to continue magic. I’ve learned from them that being a popular magician can take you places. They are living proof that it is possible to be successful from the magic industry.

CARIUNITY: What are some of your biggest goals for 2019?

Jaster the Reactionist: One of my biggest goals for 2019 is hosting and running my own magic show. The name of my magic show is called Saucery and it is on the 4th of July, 8-10pm at Woodford Cafe Price Plaza Chaguanas. General tickets are $150 [ttd] and come with drinks. VIP tickets are admit 2 and comes with two meals + Appetizers + Dessert to share for $400. Saucery is a platform for established magicians to come with their best foot forward in a restaurant setting to provide the ultimate entertainment experience for customers while they enjoy a meal.

CARIUNITY: Our platform shares how Caribbean culture has influenced the success of many artists, local business owners, and community members. How has your culture influenced your artistic projects and overall work ethic?

Jaster the Reactionist: Trinidad loves to lime. They love cards and playing card games which lends itself to being receptive of novelty items like magic. In terms of work ethic, that motivates me to promote my street magic and cardistry in places where it will be most warmly received.

Support his work! We grow as we help each other grow. His story has left us inspired to pursue every dream, not just the one dream. If there is passion there, it will find a way to blend together. We look forward to his successful event and the continued milestones that help him reach his ultimate goals!

Support positive music and good energy 🔥Forward!
I try to refrain from saying youths are the future. They are the now 🙏🏼 Believe in the power of kindness, love, and community. Believe in the power of our youths not only for what they can do for the future but for what they bring to the table now.
Love ❤
Happy Independence Day Trinidad & Tobago! 🇹🇹🇹🇹🇹🇹
@flinghandz has us motivated to make the best of this Saturday! Music unites ❤ Respect for what he is doing to make soca accessible. Support and follow!
Your dream, your responsibility! 🔥🔥
NEW BUSINESS ALERT! We see you 🇹🇹🇹🇹🇹🇹! Support your local entrepreneurs. We succeed when we support each other. @tripple_js_apprel launched their online clothing collection today! Congrats on a new venture. Our team wishes you success. Follow and support. They're giving us fashion tips to stay fresh 🔥🔥🔥
New week! Leave all doubt, negative thinking, and bad energy behind. It has no place in your future. Start somewhere and give it your best. Forward!
@turnerofficially giving us that Friday energy!🔥🔥🔥
They recognize the power of their voice and reach. New song: Afilando los Cuchillos @residente @cabralu @badbunnypr 1.9M views in 24 hours and rising. 🔥🙏🏼 We tried our best to translate a few lines below! “We are sharp like knives. Sparkling up to the edge. Weed must be removed from the plantation so that none of them take advantage of what is mine.” - iLe "We could paint the walls of the entire Caribbean with all that has been robbed by these politicians." - Residente "It isn't vanadalism, vandalism. It's that we threw ourselves in for defending those who brought us to the abyss....They rob all of our money for education while closing schools. Our children have no classrooms." - Bad Bunny
We're thinking of where to go to next!August 1, 2020